Why IT Security for the Manufacturing Sector is So Vital

The manufacturing sector of our economy at large presents many challenges for business owners who plan on keeping data regarding proprietary information on goods and production methods safe and secure. Consumer goods in particular are big business, but can also present a major liability in terms of data center and networking security, compliance issues, and data theft. Theft of trade secrets and intellectual property costs manufacturing companies untold millions per year in the aftermath of a cyberattack or other type of data theft.  And although the newly-penned Defend Trade Secrets Act (DTSA) provides some relief in the form of federal civil action in the event of substantial trade data absconding by hackers and data thieves, the best action for SMEs and large corporations under the aegis of complete data protection surety is to have managed IT services in place. 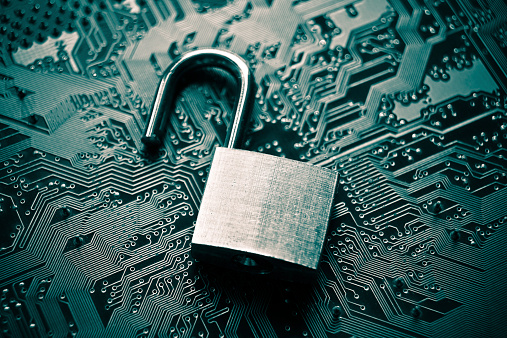 A Clear and Present Danger

According to a Verizon Data Breach Investigation Report in 2014, “Companies in manufacturing are most likely to face security threats such as cyber espionage, denial of service and Web applications attacks.” Their 2016 report shows how emergent and critical the data breach threats to companies in the financial and manufacturing sector are. “Cyber espionage” privilege misuse is on the rise, according to Chintan Gohil speaking within Verizon’s 2016 report, referencing over 2,000 notable data breaches where Web applications in particular, are opening companies up to clear and present dangers via both infiltrators and “exfiltrators” who abuse permissions to gain access to sensitive data like manufacturing trade secrets which can cost companies millions.

A 2015 global study surveyed 9,700 executives worldwide in the business and technology sectors. When examined on a by-industry basis, the study reveals that around 75% of the industrial manufacturing entities said they detected notable security incidents in the preceding 12-month period. Roughly 20% reported they had detected 50 or more such incidents, while 18% said they had noted between 10 and 49 security threats. One rather shocking statistic on this point shows that 36% of the business leaders surveyed identified employees as the number one potential data security threat.

Based on the clear evidence that manufacturing companies are facing the greatest threat to their IT networks yet in 2016, in the form of cyber espionage, or spying, which has underscored the need for significant investiture in shoring up holes in cyber defense and security. Other threats are, as mentioned, employee data breaches, which are the result of poorly managed or mismanaged mobile devices and data centers. Mobile device management (MDM) goes a long way in keeping employee cell phones, iPads, smartphones, and other mobile devices encrypted and protected from proprietary data theft. Getting reliable protection for your mobile devices and network entire is simply a matter of finding an IT services firm who acts as an outsourced team player. Often less expensive than hiring and training an IT department in-house, having an information technology MSP in your corner day and night, 24/7/365 acts as the first and last line of defense between you and trade secrets theft that could mean millions in litigation and recovery time cost.

Trust the IT Professionals

It’s worth the investment in solid IT security management via professionals who are up to speed on all the latest technology and techniques to keep their clients’ data centers and network safe. {company} is the leader in providing managed IT services in {city}. Have questions? Call {phone} or send us an email at {email}.