New Ways That High Sierra Protects Your Privacy and Security 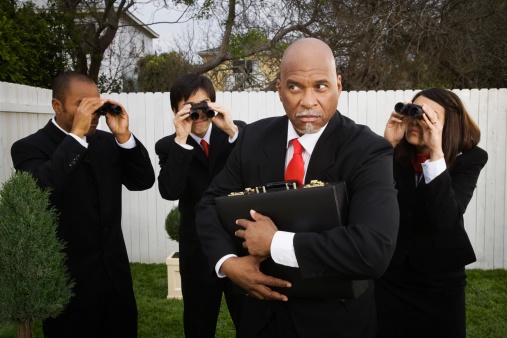 If you’re an Apple user, you have a lot of things to look forward to in the 13th release of the macOS operating system.  Some highlights include new features, improvements to existing features, and a few updates that will pave the way for future releases.  At the same time, device and internet security have become a growing concern with all internet and device users.  It’s a good idea to learn more about High Sierra security and privacy features, so you know what to expect and what to be careful of.

What Privacy and Security Features Does High Sierra Include?

It’s worth mentioning that two security vulnerabilities with High Sierra made the news by the first day of its release on September 25.  These had to do with password hints and actual passwords stored in the keychain.  You can now upload a patch to fix these issues from Apple.  Apple released the patch on October 5.

Security analysts who had a chance to test the new operating system before it was released said they had notified the company about issues before release, so it is somewhat surprising that the company took several days to release this patch.  Prior to that, the company said that users who only downloaded apps from the Apple Store could protect themselves from these issues, but some security analysts weren’t so sure.  In any case, if you have already updated, you should certainly consider installing the patch.

Besides the patches for these zero-day vulnerabilities, High Sierra also came bundled with plenty of new and updated privacy and security features on its own.

Apple’s update to their new file system deserves the first mention.  Called APFS, or the Apple File System, it now relies on flash technology.  You should enjoy both better performance and improved security.

Improved security and protection features include:

Since the upgrade may totally change the way that your device stores all of its data, it’s a good idea to ensure that you have backed up your system before you start installing High Sierra.

You probably already know that advertisers try to track your actions as you use your internet browser.  They usually don’t have malicious intentions.  They simply want to gather data that helps them target advertising better.  At the same time, lots of Apple users would prefer to protect their privacy from this type of tracking software.  The Safari web browser now includes intelligent anti-tracking features that are supposed to be as smart as the advertiser’s trackers.

When you visited secure sites, like your bank, you probably noticed that you had an https:// connection and not a http:// connection.  Besides financial institutions, you might have also noticed this on many emails, downloads, or membership sites.  This is an example of improved security through a TLS connection.  This is important, but this kind of security relied upon SHA-1 certificates in the past.  These old-style certificates are no longer secure enough to perform as intended.

Currently, Apple wants all developers to move to SHA-256. certification, which uses much more advanced encryption to protect privacy and security.  This latest update actually applies quite a bit of pressure to get developers to change.  Before High Sierra, your Apple device would offer you a warning that the connection wasn’t truly private and secure.  Now, High Sierra will simply block your connection.  Before you upgrade, you may want to check any secure connections that you rely upon to make sure they will still work.

Once a week, High Sierra will automatically run a firmware check to validate your hardware against any installed firmware on your device.  According to Intego, most users should never see a warning from this check.  A warning could mean that your device has been maliciously tampered with, but it might just mean that you purposefully installed a hack to allow you to run this new operating system upon an unsupported computer.  If the weekly firmware validation does trip a warning, you will have the option to ignore it or to send a report to Apple for further investigation.

In any case, High Sierra will offer you a warning the very first time that any software tries to install a kernel extension.  If the extension was already loaded before you installed High Sierra or you have previously approved the extension with High Sierra, you won’t get a warning.  Some hackers have become clever at masking their work to look like legitimate software, so this system isn’t foolproof.

This overview of new privacy and security features nitpicked a bit.  It’s important to understand how your device protects you and how that protection may be limited.  Mostly, you should enjoy better security and privacy with High Sierra than you have with your past macOS operating system versions.

Ready For A New IT Company For Your Business?

Keep On Top Of The Latest HappeningS In IT.

Tune Into The InfiNet Blog