Cybersecurity and the Democratic Process

With the DNC leak making headlines worldwide, serious concern about foreign powers interfering with the American democratic process is becoming part of the national discussion. Now, security experts believe that voting machines may become the next target thanks to a number of factors that make them uniquely susceptible to attack. 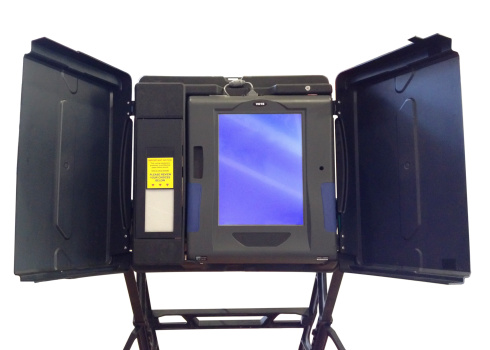 The incentive to hack voting machines on a large scale should be evident. The ability to influence US policy in a clandestine manner is something that just about every nation on the planet would want—both allies and rivals alike. Although there are many ways to accomplish this, such as good old fashion espionage, voting machines are particularly susceptible due to a confluence of factors:

How Can We Keep the Vote Secure?

Paper leaves a trail that is far more difficult to tamper with than a digital one, and many security experts believe that our security infrastructure is still not ready for online voting. However, making the vote more accessible is a top priority among constituents across the aisle and this means that measures will have to be taken sooner rather than later.

One possible remedy would be the establishment of oversight teams that probe the security of polling booths in every state. These teams could increase the defenses of any booths that do not meet a Federal standard. Alternately, they could simply move these booths offline and compel them to use a paper-based alternative.

The issue with this approach is that voters who find themselves stuck in districts forced to use the paper alternative are likely to cry voter fraud, as the efficiency and speed of voting will surely take a hit. The appropriate response needs to instill the trust of the American people to work; doing so will be a challenging and nuanced proposition.

{company} is the trusted choice when it comes to staying ahead of the latest information technology tips, tricks, and news. Contact us at {phone} or send us an email at {email} for more information.