The Apple iOS Notes application is a great tool with so many practical features.  However, many don’t know about these hidden tools to extend the Notes experience.  Check them out here.

The Apple’s Notes application is built into all versions of iOS. Ever since the release of the original iPhone in 2007, it’s been the perfect way to handle word processing on-the-go. 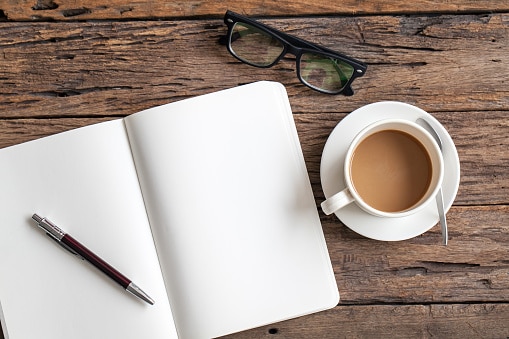 Notes will get a significant overhaul when iOS 11 is released in the fall of 2017. If beta versions are any indication, you’ll be impressed with the new capabilities Notes provides.   Here are just a few of them:

With Notes, iOS 11 you’ll be able to change the default stationary—select yours from a range of lined and gridded paper styles.  Change the default style for all your notes, or on a note-by-note basis. Just tap the “New Note” button and select the “Share” arrow. Or from your computer keyboard hit “CMD” + “N”. Once you select the “Lines & Grids” option, you see all the styles to choose from.

The iOS 11 version of the Notes app has some great options for organizing. Until now, Notes appeared on one screen. You could create folders, but extensive organization wasn’t a possibility—Until now, that is.

In iOS 11, all you have to do is swipe the title of a note with your finger to open up a new list of organizational options. In addition to moving and deleting notes, you can password-protect a note. This is perfect for people in enterprise environments who share devices like iPads.

You can also pin a note to the top of your list, so it’s always within reach. To do this, simply swipe right on the name of the note, and release. The note will be pinned in place so it can’t be moved even if you organize by date created, or alphabetize by title, etc.

Previous versions of Notes allowed you to quickly delete a note or move it into a folder with a few swipes of your finger. This basic functionality remains in the iOS 11 version—However, it’s gotten a significant makeover.

Now, when you swipe on a note and select “Move,” you won’t see a list of all the folders you created. Instead, you’ll see icons that represent things like attachments and images.  This lets you quickly view your options so you can move your note. All you have to do is tap on the folder and the selected note will move there instantly. This won’t take more than a few seconds.

However, when you attempt to delete or move a password-protected note, you’ll now be prompted to enter the password (or use Touch ID depending on the settings on your device). You won’t be able to do anything unless you provide the proper credentials, which, again, helps to keep your confidential information private.

If at any point you make a mistake when it comes to moving and organizing your notes, all you have to do is physically shake your iPhone or iPad for a second or two to undo it. You don’t need to go through the menu system.

The new iOS 11 Notes app comes with advanced features that add value for enterprise users in particular. If you own an iPad Pro and an Apple Pencil, you can now sketch anywhere in any note, at any time. Certain text tools that were only in the macOS version of Notes, will now be available in iOS 11.

Use the camera on your device to scan paper notes and save them in Notes until you move them to the folder of your choice. Previously, this feature was only available in third-party apps, most of which will now be unnecessary.

These are just a few of the new, hidden features in Notes iOS 11.  If you’d like to learn more for your business in {city} contact {company} at {phone} or {email}.