With more vehicles with connected features on the roads every day, cyber security has never been more important to drivers. Learn how to protect your connected car from hackers and other criminals in the digital age. 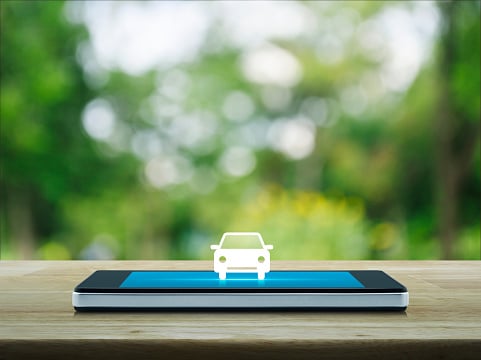 It’s no secret that cars are becoming smarter. In fact, by 2025, more than 250 million cars with connected features will travel roads all across the globe. As technology continues to improve and our automobiles become extensions of our technology-fueled lives, cyber security has officially taken to the roads.

Connected features, such as 4G LTE, Bluetooth and other can’t-live-without technologies are now standard on many vehicles. Sooner than later, seamless integration with smartphones, smart watches, smart houses and smart cities will change the way we use and interact with vehicles permanently. And while all these technological improvements are intended to make our lives better, every electronic touch point poses a potential danger that should not be overlooked. The last thing we want is to look back in time at this point in history and ask ourselves, “What were we thinking?”

As technology advances and more features become available, it is apparent that car manufacturers are equipping vehicles with connected technology faster than they can protect them – and you – from cyber threats.

At {company}, the leading managed IT services firm in {city}, we want to ensure that our customers understand the dangers associated with connected features, especially when it comes to their automobiles, which can be prime targets for hackers.

How to Protect Our Cars Against Cyber Treats

Last year, the U.S. Government Accountability Office (GAO) released a report suggesting the U.S. Department of Transportation (DOT) needs to play a role in regulating connected vehicles. The study, which said a large number of vehicles were susceptible to hackers, was a warning sign for many.

The scariest thing was that proximity to the vehicle is not a deterrent for hackers. That was never more obvious than when two white hat hackers in Pittsburgh remotely hacked into a Jeep Grand Cherokee 600 miles away in St. Louis via the SUV’s infotainment system. Or when a Chinese security firm successfully hacked into a Tesla, unmasking multiple security flaws. Before the Jeep hack made international headlines, researchers at the University of Washington and the University of California, San Diego, successfully hacked a sedan and remotely took control of its brakes via Bluetooth.

So what are we to do? Here are three ways to protect your connected vehicle from hackers:

Even with all these mechanisms in place, there is little we can do to stop hackers from continually trying to infiltrate our lives. To give you a sense of what we’re dealing with on modern cars, the 2010 Chevy Volt contained approximately 10 million lines of code – that’s more than an F-35 fighter jet. Today, cars contain 100 million lines of code on average and many predict that will hit 200 million in no time. Considering the fact that every line of code has potential defects, security issues begin to pile up.

With automakers partnering with third-party resources – hackers and cyber security firms – the race to protect the automobile from cyber threats is at full speed. While many carmakers were hesitant at first to let hackers into their systems, they quickly realized the benefits and now openly encourage participation.

That is mostly because cyber security has become a safety issue for the modern automobile. With connected cars, we are not just talking about theft of data; we are talking about potential life-threatening issues if a hacker were to gain access nefariously to a vehicle.

Until automakers work to transform themselves into software companies and address the vulnerabilities head on, cybersecurity will remain a huge problem for the connected car. That is why we are here to help. For more information on how {company} can help secure your connected car against cyber attacks, email us at {email} or call {phone}.